Nineties kids will remember the Mega Man series of videogames. For those of you too old (or young!) I've got you covered. 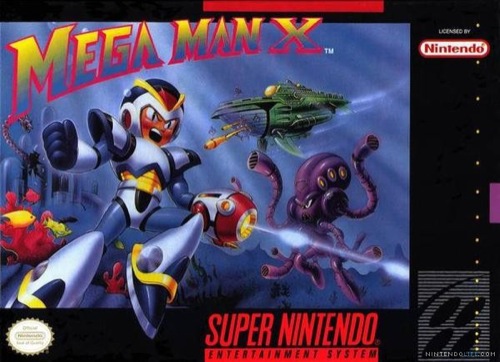 If you're not familiar with the original Mega Man video games for the Nintendo Entertainment System, this video should get you up to speed in about a minute. (It's by the YouTube channel Lore in a Minute, which is worth checking out if you're curious about the backstories to videogames that keep turning up in pop culture.)

Mega Man X was a nineties reboot of the Mega Man franchise for the Super NES game console. Set a hundred years later, it stars the eponymous character "X," the ultimate "Reploid" (Replicate Android) created by Dr. Light. This fan film takes place at the very beginning of his story.

It's a nicely done film. I like that he chose to tell an actual story, instead of framing it as a trailer. It feels like the opening act of a larger work. The setting evokes both the Tron and the Holodeck from ST:TNG. The action is very evocative of the original material. I had to smile when Protoman did that little flair at the end of his slide.

The acting is generally good. Both Coty Galloway (Protoman) and Jim Chandler (Dr. Light) sold me. I was less impressed with Olan Rogers' X, which felt a bit too cartoony. It's a tough line to walk in a work like this.

Andrew Goodwin did a great job with the music. I think I can hear some of the game music echoed in there. He has provided the tracks for free download at BandCamp (they'll want an email address, though.)

The really amazing thing is Rogers made this for seven hundred bucks. (I'm guessing most of that went into the costumes.) It's a great example of what you can do when you have more talent than budget.