Applejack disappears after setting off to compete in the Equestria Rodeo Competition. 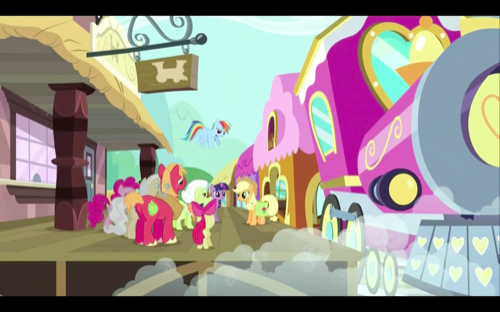 Recap: Applebloom watches Applejack as she practices her rodeo skills on the farm. Applebloom is in awe of her sister's collection of blue ribbons from her string of victories at the Ponyville Rodeo, and tells her she's sure to win more at the Equestria Rodeo Competition.

Later, Rainbow Dash and Derpy(!) are putting up decorations on the dillapidated town hall. The latter pony lives up to her name, accidentally causing even more damage. The mayor addresses a rally to send AJ off, and reveals that she has promised to donate the prize money to fix the hole in the town hall's roof.

The Apple family and the rest of the Mane Six see Applejack off on the train. A week later, they've set up a surprise party for her return. Instead of AJ showing up, though, there's a mailpony with a letter from her informing them all that she's not coming back to Ponyville, but she'll send money soon. The remaining Mane Six resolve to find her.

Arriving at the nearly empty rodeo, they talk to the clean up crew and rodeo clowns, until one pony points them to the "Wild West" part of Equestria. They travel to Dodge Junction and find Applejack almost immediately. They start to question her when another pony introduces herself as AJ's new boss. She says she hired her after seeing her win a lot of ribbons at the rodeo. They continue their questioning, but Applejack just says she wanted a change of scenery.

Applejack starts her job in the cherry sorting barn, powering the sorting line by working a pony-sized hamster wheel. She's surprised to find that her friends are also working there, having been hired on as sorters. She's dismayed, and tells them not to talk about Ponyville. They agree, but soon Twilight, Rainbow Dash, and Rarity have left the line to question her about Canterlot and the rodeo. Applejack gets more and more agitated, running faster and speeding up the line more than Pinkie and Fluttershy can keep up, which ultimately ends in a cherry-covered mess.

While cleaning up, Dash decides it's time to bring out "the big guns," which turns out to be a motor-mouthed Pinkie. She follows Applejack around, talking incessantly about funny words like "chimichanga" and "kumquat" until AJ Pinkie Promises to tell them everything at breakfast. However, she skips breakfast and tries to catch a train out of Dodge. The other ponies discover her missing—Pinkie is particularly incensed—and find her still waiting at the station. AJ jumps on a stagecoach and the other ponies grab a wagon in pursuit.

A long chase takes place, with Pinkie accidentally knocking herself and Rarity out of their cart. Eventually they catch Applejack, with Dash tackling her and knocking her ribbons out of her saddlebag. AJ is ashamed, but nobody knows why until she points out that while she has a lot of ribbons, none of them are blue. She didn't win any prize money, and took the job to earn some. Her friends point out that none of them care about that, and she should just return home.

Applejack narrates her letter to Celestia, about not running away from her problems, over scenes of her return to Ponyville. Meanwhile, Pinkie and Rarity are working their way home in a hoofcar, Pinkie still in motormouth mode and Rarity muttering threats to herself. 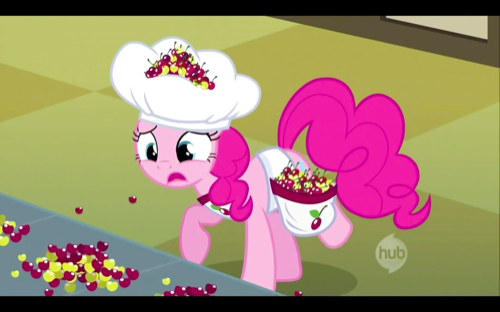 Review: AJ finally got another episode, and she goes AWOL for part of it! At least it was a good one. Her pride and stubborness have already been established, but we get to see another angle on how they can get in her way. I liked how they worked in the need for money to fix the town hall, so that it wasn't just her pride that was at stake. It does raise some interesting questions about the economics of Equestria, though.

There was a nice bit of foreshadowing during her showjumping practice, when she touched the bar with her hoof. She may be the best rodeo pony in Ponyville, but she clearly has some room for improvement, which she learned to her chagrin.

It was nice to see Dash taking the lead of the rest of the Mane Six. She was the first to declare they should search for AJ, the one who decided they needed to escalate their efforts, and the one who finally tackled her after the stagecoach chase. Since those two clearly share a lot in common, that felt right.

There was a nice I Love Lucy homage in the cherry-sorting factory. It's arguably an improvement on the original, since we see why the production line sped up.

We finally got to see what happens when you break a Pinkie Promise. It was a nice change, if a tad scary, to see Pinkie get angry. Similarly, Twilight's dismissive treatment of the mailpony continues the them, first seen in Baby Cakes, that Twi can be casually insensitive. It's a credit to the writers that they continue to round out the characters in believable ways.

The one thing that bothered me about this episode was the setting of the rodeo. It certainly looked nothing like the environs around Canterlot, which is built into the side of a mountain. To be fair to the art department, it seems odd to set a rodeo in Canterlot in the first place. 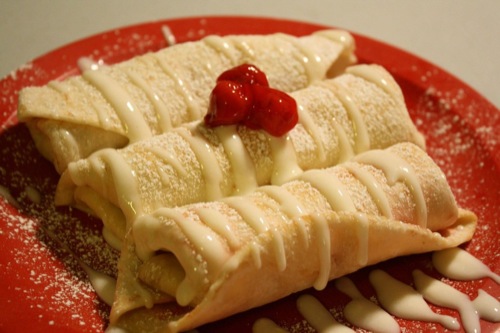 Brony Notes: Well, it looks like Derpy was absent the past couple weeks because she was getting ready for her big moment. It's interesting that she ended up as clutzy as she appeared to be in Luna Eclipsed. When she was voiceless, that made sense since slapstick situations can be easily mimed. Once she had a voice they had much more flexibility, but it looks like they decided to keep her consistent. It has proved to be controversial within the fandom, however. While most are pleased some are upset that she's ended up so dysfunctional. The versions created by fans cover a wide spectrum, from something like what was seen in this episode to more of an absent-minded genius. As an example, take a listen to the audio play below, which is somewhere in the middle of that range (Bonus: it's a Doctor Who crossover.)

There was also some grumbling about Dash and AJ not living up to their Elements, although it's pretty clear that they're not the living embodiment of those virtues, which would make for one-dimensional characters. Overall, though, this episode was well received, especially by Applejack fans.

Sharp-eyed fans might recognize the photo of AJ that the ponies were showing around. It's nearly the same image as one of the sketches that creator Lauren Faust auctioned off to raise money for tsunami relief in Japan.

A bunch of fans immediately tried out versions of Pinkie's "Chimicherrychanga" idea. Apparently it's pretty good, although pan frying seems to be required to keep it from unfolding. The above one was created by Redditor Dashutka (recipe in the link!)

It's a good week for Appljack fans, as she'll likely have a big part in the Apple family-centric episode next week.